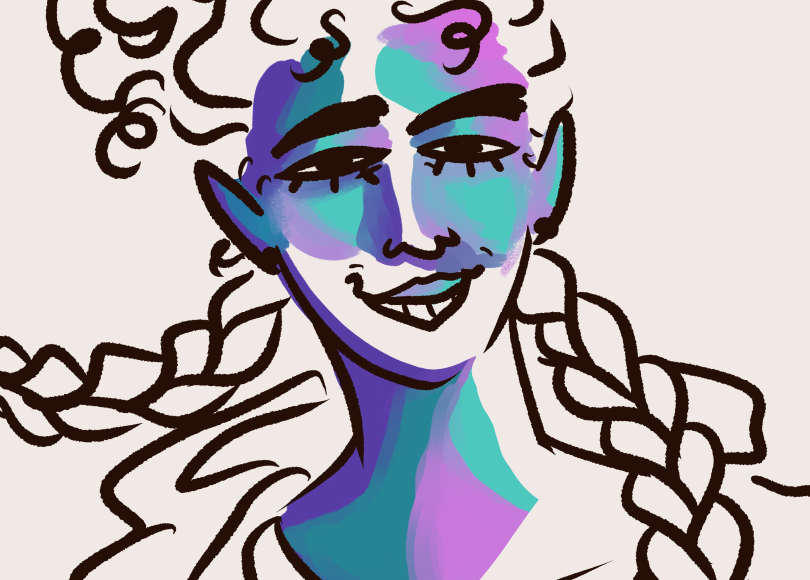 Humans have been creating visual art for centuries and there’s no one confirmed evolutionary reason why we do it. Maybe we began creating art back in prehistoric times to depict what animals and berries were safe to eat, simply using it as a record of useful info for future generations. But, what of the many cases of hand prints found in caves all over the world? What purpose did they serve? It seems, as it still reigns true today, that our ancestors were trying to make their mark. A physical imprint to say “I was here, this creation is a part of me.” There are many reasons why humans may make art, but this reason seems to be a connecting force that has stood the test of time for artists everywhere. It is because of this drive to leave an impression on the world that artists have been able to use a variety of tools to express themselves and create masterpieces. The history of art is massive and there have been many notable periods that have come and gone, but one shift in the art world that has had a monumental impact on the way art is consumed and produced was the rise of the Internet.

The Internet has become an unbelievably powerful tool for creatives everywhere. Especially for visual artists, it has never been easier to make a name for yourself as an artist.  Let’s take a look at all the aspects of visual art culture that have been affected by the Internet: art production, art distribution, and finally artists’ identity.

Anyone can make art. It is a simple fact that art is a free medium for creative expression, no matter how old you are or where you come from. However, it is known that the visual art world, specifically the fine arts world, can be very elitist. You can create art with anything of course, but when it comes to forms of art that are praised in museums and exhibits, the material you use begins to matter more. As with many things in this capitalist society, if you want more quality material, you have to be willing to give up your wallet. This became a barrier separating artists by class; artists in a higher tax bracket were able to buy the materials that would give them the most freedom to create, while people who weren’t able to afford essential materials had to resort to other methods like graffiti art that was deemed less respectable than canvas art. With the introduction of the Internet, this unequal playing field began to shift due to the opportunity digital art provided. While there are still some paywalls that exist for artists in the digital world (looking at you Adobe Illustrator), the overall cost of production has significantly been lowered. Want to try out oil paints, but there’s no way you can afford various colors and canvases? Most free art applications like MediBang Paint Pro contain a wide variety of materials like oil paints that you can use. While the experience isn’t the same as using them in real life, a lot of the techniques for painting carry over into the digital world. The Internet definitely helped to lower the learning curve when it came to learning new art skills for many artists, but another aspect of the art world that improved significantly was art distribution.

When it came to art distribution, the divide between classes was even higher than for producing art. It was difficult to get your work out there to people who weren’t in your community; the only way to actually make a name as an artist was to have connections. This is still somewhat true today, but back then it was even more crucial because art exhibits were the main way any artist could display their art and get commissions from the exposure. Most art exhibits were reserved for artists who were professionally educated, and with the price of art schools being high and continuing to rise, the barrier was massively intimidating. Even if you were able to get a formal art education and obtain connections with other professionals, if you weren’t white, the type of art that these exhibits would want you to show was extremely narrow-minded. For example, if you were a known black artist, it was almost like you were obligated to make art only on the black experience and were given brownie points if the art was specifically about black pain (this is still very relevant to how the fine arts world views black artists today, but that’s a topic for another day). When the Internet became more accessible, these barriers became less of an issue. Sites specifically created for artists to share their work like DeviantArt and even more mainstream platforms like Instagram and Twitter became unbelievably useful for art distribution. Now, artists are able to be directly commissioned on platforms like Patreon and even mass produce their art on merchandise sites like  Redbubble. Gone are the days of needing approval from professionals to simply show your artwork; the wall between artists and their audience has become thinner than ever. Nowadays, a visual artist is able to post their work on a site in a matter of minutes and also give a backstage look behind their creative process. They can interact with their audience and form an identity of their own.

Artist Identity before the Digital Age:

Before the internet, the only way a visual artist could connect to their fans was through interviews or in person at their exhibits. These ways were pretty limited because it involved a third party to get involved like a publicist and created a barrier due to most exhibits requiring money to enter them. They were also limited by the amount of people that could be there at one time as well as the distance between the fans and where the artist was presenting their work. Fans would only be able to speculate about the artist based on the content of their work only. Art is an extension of the person who makes it, but when it is the only thing that an audience knows about an artist, the content of the art becomes the entirety of who they are. For some artists, this may not have been a bad thing. It was a lot easier to stay anonymous in the age before the Internet, and many people may have liked the privacy. However, for some who make art that is a bit more abstract, such as artists who make more taboo art like gore, having a way to show who they are as a person separate from their art might have been beneficial. The Internet provides a streamlined connection between an artist and their audience. Many artists are able to show their art, but also other aspects of their life as well. Sharing art has become a more humanizing experience. Now people from all over the world can feel more connected to the artists they like, and artists are more able to directly control their public image.

While there are some art issues that have become more prominent because of the Internet, such as plagiarism and censorship, the pros certainly outweigh the cons. Accessibility has always been a major issue in the art world, and now with a more global way of sharing one’s art, artists from all walks of life have an opportunity to obtain the notoriety that they dream of. Art should be for everyone, and the Internet has made this truth more of a reality.