In 1992, Benj Edwards created a bulletin board system he called “The Cave.” At the time, he was eleven years old and was the youngest “sysop” (system operator) to have created a bulletin board system in his hometown of Raleigh, North Carolina. Bulletin Board Systems, or BBSs for short, allowed people who owned personal computers with a modem to dial in to a dedicated system, leave messages, download files, and play text-based games. Dialing in to a BBS allowed users to visit the system operator’s personal computer, and though technically one could call a BBS located anywhere, they tended to stay local due to expensive long distance phone charges. Edwards’ BBS ran from 1992 to 1998, and at its height had over 1000 users. In total, the BBS racked up to 10,000 calls. 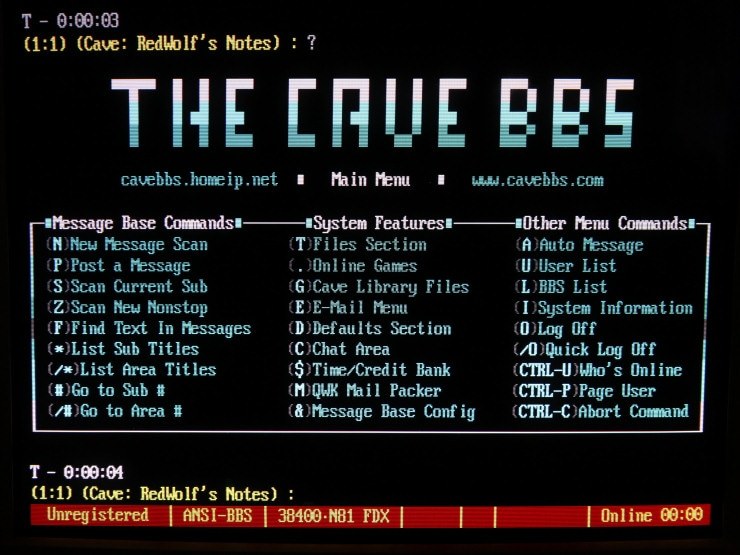 At the height of Edwards’s BBS in 1995, a local North Carolina newspaper was reporting that computer bulletin boards were a low cost, more personal alternative to online services. “With the Internet you’re dealing with the world,” said Thomas Baird, a sysop for a Greensboro BBS called Outernet. “On a BBS, you’re mainly dealing with local folks. It seems more warm. You know your neighbor is doing this instead of someone in Cleveland that you’ll never meet.” According to Baird, online games were the “biggest thing that’s hit Greensboro, because it’s multiuser.” The hottest game on Baird’s BBS was Tradewars since you could have three or four other players on at once, which he called “a whole new world.” Like Baird, Edwards’s BBS also offered door games like Tradwars, as well as Legend of the Red Dragon, Operation OverKill: II, Global War, and others. 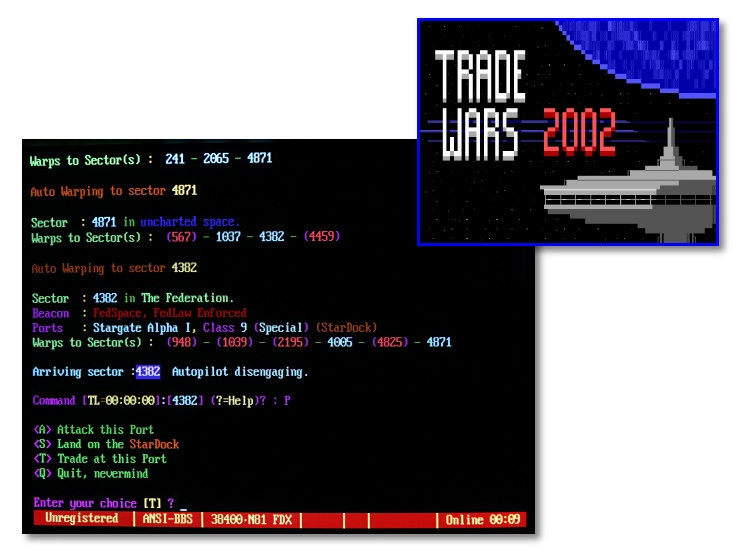 According to the 1995 News & Record article, a free publication called “Carolina Computer News” carried an extensive list of BBSs from throughout the state, and had a numbers system indicating whether boards were aimed at general audiences, teenage audiences, or adult audiences. Though I could not track down the publication itself, it is very possible that “The Cave” was advertised in it. The publication was free and could be found at local computer and book stories. The 1995 article stated that Bulletin Board Systems were like a “virtual town square” that allowed users to make friends with people “you actually have a chance to meet.” One person who was interviewed said that because he was quadriplegic, using BBSes allowed him to be active and meet people despite his limited mobility. Though many people were attracted to BBSes by the potential to make friends, users like Benj Edwards were forced to face the harsh reality that online friendships may not be as they appear. One of Edwards’ closest BBS friends became jealous that he had created his own BBS and fooled Edwards into downloading a virus that wiped the work he had put into building his new BBS. From then on, Edwards decided to use the alias “RedWolf” and created a fake persona for himself so that adolescent BBS users would not mess with him. While The Cave’s users were mostly adolescents and college students, Redwolf, the sysop, was a 34 year older computer professional that other BBSers looked up to.

Recently, Edwards wrote an article in The Atlantic describing his hobby of visiting and running a BBS as an adolescent, and how as an adult he has recreated “The Cave.” Though the BBS ceased to exist in 1998 due to BBS-related software crashing, Edwards created a new version of The Cave in 2005 using Telnet. While reminiscing about the system and why it was so enticing for both sysops and users, he writes:

“Dialing into a BBS felt like whole-body teleportation. It was the intimacy of direct, computer-to-computer connection that did it. To call a BBS was to visit the private residence of a fellow computer fan electronically. BBS hosts had converted a PC—often their only PC—into a digital playground for strangers’ amusement.”

“The Lost Civilization of Dial-Up Bulletin Board Systems,” The Atlantic, November 4, 2016

Edwards described that sysops were always watching, and that “everything users did scrolled by on their screen, and they soaked in the joy of someone else using their computer. It was a gentle, pleasant form of surveillance.” Unlike the harsh forms of covert surveillance the internet provides today, BBSs provided intimate forms of connection, yet users still reveled in their ability to overtly observe others.